Several hotels in downtown Vancouver has offered special rates for NOMS 2006 participants. Some are just next or very close to the Vancouver Conference and Exhibition Centre (VCEC). Others are in the city centre. The details are listed below.

Note: Please note that applicable federal and local taxes are not included in the hotel room rates.

Schedule and Departure times from the airport: http://www.yvrairporter.com/xPdf/Schedule2006.pdf

Tickets may be purchased at the YVR Airporter counter, their pickup locations or on the motor coach.

Further information on service, schedules and fares may be obtained from the Airporter counter located on the International and Domestic Arrivals levels, their website, www.yvrairporter.com (map of the airport and downtown can be found in the website).

Note:
Six of the NOMS 2006 discount hotels are pick-up points of the YVR Airporter service. Please refer to the location map of downtown hotels. 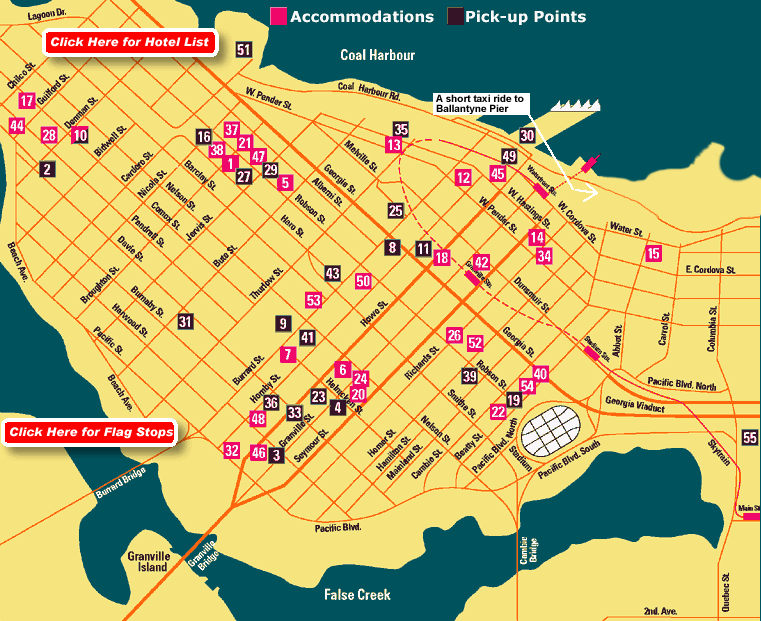 The visa assistance request is handled by IEEE Comsoc. Please go to this site and fill out and submit the form.

Vancouver is located on the mainland of North America, in the south west corner of British Columbia, which is the westernmost of Canada's ten provinces. Greater Vancouver is made up of 18 municipalities that occupy 2,930 square kilometres on and around the Fraser River delta. The City of Vancouver is one of them.

Vancouver City is on the western-most part of a peninsula that is a major extension of the Fraser River's delta. The delta juts into a part of the Pacific Ocean, separating Vancouver Island from the mainland, called the Strait of Georgia. Several self-governing urban areas called municipalities make up Greater Vancouver. See also Greater Vancouver Municipalities for details on areas surrounding the city, or see the Maps section to better understand getting around Vancouver.

Across the Strait of Georgia and 96 km (60 miles) to the south-west is British Columbia's capital city of Victoria, on the southern tip of Vancouver Island. Vancouver is almost exactly halfway between Western Europe and the Asia Pacific countries. Thirty-eight kilometres (24 miles) south of downtown Vancouver is the Canada-US boundary.

Warmed by Pacific Ocean currents and protected by a range of mountains, Vancouver enjoys mild temperatures year-round. Winters are wet but temperatures seldom fall below freezing and snow is rare. Summer is sunny and warm, almost never hot and seldom humid. Late autumn can be chilly with occasional rain and fog.

English and French are Canada's two official languages. English is the predominant language in British Columbia. The City of Vancouver is quite cosmopolitan and is a mix of many multicultural groups. Because the city is multicultural, it's also multilingual on an unofficial level. Its people speak many different languages and many follow the traditions of their native lands, sometimes moderating them with Canadian culture.

The majority of British Columbia is in the Pacific Standard Time Zone; however, a small portion of the province that borders the Rocky Mountains are in the Mountain Time Zone, one hour ahead of the Pacific Zone. Daylight Savings Time is in effect from 0200hr on the first Sunday in April until 0200hr on the last Sunday in October.

The Canadian dollar is worth about two-thirds of a US dollar. Most Greater Vancouver establishments accept US dollars and Japanese yen, and usually offer reasonable exchange rates. The Canadian dollar itself is a relatively large gold-coloured coin and the locals have nicknamed it the 'Loonie', officially because it features a Canadian bird, the loon, on its face.

Visitors can exchange currency at Canadian chartered banks, trust companies, credit unions, or at offices of foreign exchange brokers, but it is advised to have local currency on hand prior to arriving. Some hotels, merchants, restaurants and suppliers accept US or other foreign currency at a pre-determined rate, which may differ from the daily rate posted by financial institutions.

Travelers Cheques - Travelers cheques in Canadian dollars are the safest and most convenient way to carry money. They are widely accepted and can be cashed at banks or foreign exchange brokers. Identification may be required when cashing travelers cheques.

Regular banking hours in Canada are 9:30 a.m. to 4:30 p.m., Monday to Friday, with extended hours including weekends at some locations. Visitors who wish to cash cheques or require other banking services are advised to check times of operation with the institutions. Most banks have automatic teller machines, which can be accessed 24 hours a day, using bank or credit cards on major international banking networks such as Cirrus, Plus and Interac.

Most major credit cards are accepted, but visitors are always advised to check with the vendor before a purchase is made. Cash machines with 24-hour access are available in many convenient locations throughout Greater Vancouver.

Some properties and resort hotels include tips or gratuities with tours group to simplify bookkeeping. This will usually include gratuities for housekeeping, bell service and food service. If meals are included in the price, customary gratuity will be calculated at 15 per cent. Visitors should be advised that the standard tip in most restaurants is 15 per cent.

There are three levels of taxation that affect visitors to Vancouver. There's a 10% tax charged on accommodation and liquor. For most other goods and services, there is a 7% provincial sales tax (PST) and the 7% federal goods and services tax (GST.). See Individual for more details.

Visitors to Vancouver from outside the country can apply to have the GST returned to them when they leave the country, but they must keep purchase receipts as proof of the amount paid. See Visitor Tax Rebate for more details.

Visitors are not covered by Canadian health insurance plans. The Organizing Committee of NOMS 2006 does not accept any responsibility for individual travel, personal and medical insurance. Participants are advised to have their own personal insurance policies.

Outlets and voltage (110 volts) are the same as in the United States. Small appliances such as hair dryers, irons, razors, etc. can be used in Canada. For those from other countries, adapters are required for electrical appliances. The frequency of electrical current in Canada is 60 Hz.

There are three telephone area codes for the province of British Columbia. Dialling in BC required 10-digit phone numbers, so ensure you include the correct area code in front of the local number.

An extensive variety of cuisine is available representing the multicultural flavour of Vancouver. Fine dining, casual or family friendly restaurants are easily accessible throughout Greater Vancouver. See Dining section to locate restaurants and find out more about the variety of foods and establishments available in Vancouver.

The Vancouver area is surrounded by some of the most stunning natural beauty in the world, mountains, ocean, rainforest, parks and beaches. This is a city like no other!

Check out Itineraries for suggestions of what to do and see in Vancouver! 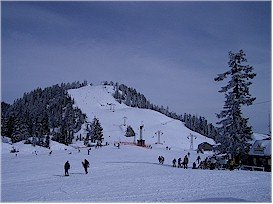 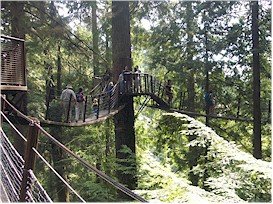 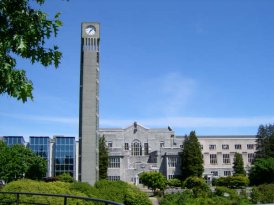