The conference will be held at the Vancouver Convention & Exhibition Centre in the Culturally diverse and lively setting of Vancouver. 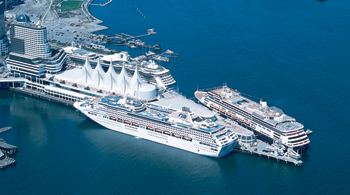 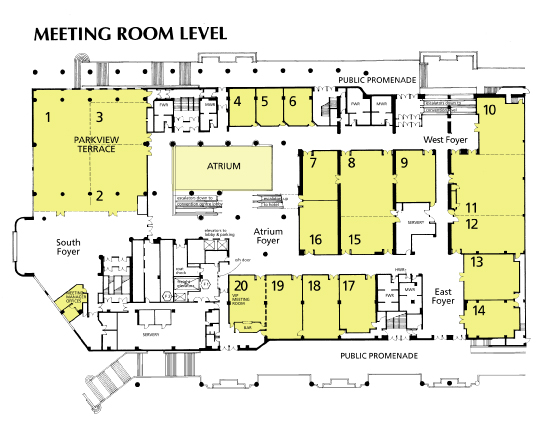 Several hotels in downtown Vancouver has offered special rates for NOMS 2006 participants. Some are just next or very close to the Vancouver Conference and Exhibition Centre (VCEC). Others are in the city centre. The details are listed below. 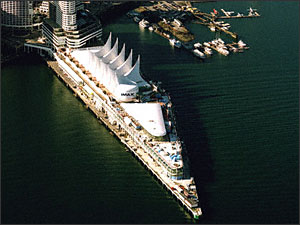 A picturesque landmark jutting into Coal Harbour, Canada Place provides the ultimate opportunity for visitors to experience Vancouver. Spectacular views of the North Shore mountains, Stanley Park, and the Lions Gate Bridge can be seen from the deck surrounding Canada Place that also acts as the port for the majority of Vancouver's cruise ships. Known as "The Sails", the venue is home to the Vancouver Convention & Exhibition Centre, an IMAX theatre, the world renowned Pan Pacific Hotel, and the Vancouver Board of Trade. Canada Place is one of the most easily distinguished buildings on the Vancouver skyline.

The Vancouver Convention & Exhibition Centre (VCEC) is a fully-equipped facility, home to more than 150,000 square feet of highly flexible function space. Adjacent to the world famous Pan Pacific Hotel, the VCEC hosts conventions, symposiums, fairs, expos and conferences with thousands of people passing through its doors everyday. Conveniently located within downtown, the VCEC is the perfect spot to start exploring Vancouver.

One of Vancouver's most prestigious hotels, the Pan Pacific is known around the world for its exceptional service, incredible location, and the finishing touches expected by the most discerning travelers, whether business or leisure. All of the 504 guestrooms have picture windows that gaze upon the wonderful views of the city, the ocean and the surrounding mountains of the North Shore. The Pan Pacific Hotel is one of a kind.

More than just a movie theatre, IMAX puts you in the middle of it all with a huge screen, huge sound, and huge entertainment. Award-winning technology brings audiences the ultimate experience for the senses with awe-inspiring films most often highlighting the extremes of our planet, whether it be the animal kingdom, feats of human strength and ingenuity, or exploration of space. 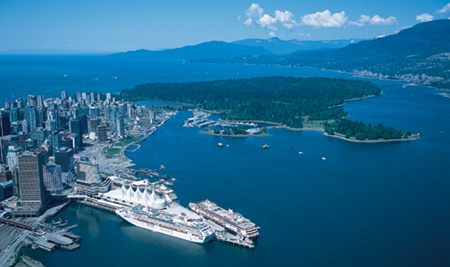 Canada Place is home to one of Vancouver's two ports where cruise ships dock for the always popular Vancouver-Alaska cruise. Nothing compares to pulling away from Canada Place, slowly gliding under the Lions Gate Bridge and heading north on the open ocean towards the wilds of Alaska aboard a majestic cruise ship. 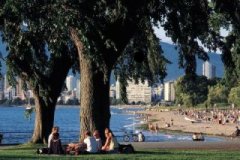 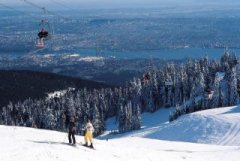 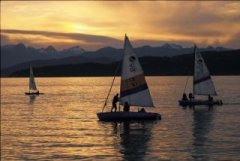